In 1966, 3M developed the first window tinting solution to reflect the heat energy of the sun away and help keep the interior of your vehicle cool. Dozens of companies now manufacture window tint films and each has several different series of films with varied performance offerings. In the last few years, many companies have begun to offer window films that provide exceptional UV and IR energy reflection while allowing visible light to pass into the vehicle. Read on for a closer look at why darker window tint isn’t necessary to improve the comfort of your car, truck or motorhome.

Where Does the Heat Come from?

Most people think of the sun as a light source, but it is also responsible for a broad spectrum of electromagnetic energy. The majority of the energy that reaches the earth is visible light. There is also ultraviolet (UV) and infrared (IR) energy. UV energy causes sunburns and the coloring and dyes in materials to fade. IR energy is at the opposite end of the solar energy spectrum from UV energy. Infrared energy extends from the top of the visible light spectrum at 430 terahertz to beyond 300 gigahertz. Slightly more than half of the energy that reaches the Earth’s surface is infrared and is responsible for heating our planet and, subsequently, the interiors of our vehicles.

The heat energy produced by the sun is about 1,000 watts per square meter (equal to 10.76 sq. ft.) on the Earth’s surface in clear conditions. Luckily, our atmosphere blocks more than 70% of the total solar ultraviolet energy from reaching the surface. If it did not our lives would be much less comfortable. Visible light transmission, glare reduction, shade or darkness – whatever term you see quoted, they refer to how much visible light will pass through a film. A higher number represents the transmission of more light – 100% would be an entirely transparent film and 0% would represent a coating of black paint.

While it seems logical to want a dark film to keep the light and heat energy out of our vehicles, window films block light transfer in both directions. A dark film can make it harder to see around you at night. Choosing the best film for your application requires balancing how dark you want, local laws and, of course, your safety.

Constructed of many layers, each with different properties, modern clear films are designed to reduce the transmission of infrared energy into your vehicle. It is hard to directly quantify the amount of heat energy that is blocked, because visible light is also responsible for heating. What we do know is that clear solar control films block significantly more heat energy for a given shade than conventional dyed, carbon or metallic films. To contrast this example, let’s look at the Ceramic Series from Huper Optik. Their Klar 85 film allows 85% of visible light to pass into your vehicle, but provides an incredible 32% TSER. You are right in thinking that it offers the same net performance as the Black 50. If we look at Ceramic 50, which is rated for 50% VLT, the TSER is an impressive 50%. Yep, that outperforms the Black 05. At the top of the Ceramic range is the Ceramic 05. This film has a 6% VLT rating and provides 75% TSER. That is more than 1.7 more energy rejection than Black 05.

To directly answer the question, darker films within a series block more energy. When comparing different brands of films or different series, the materials and construction used to manufacture a film determine its performance. Trying to determine the best film for your vehicle can be tricky. Film manufacturers, just like any other industry, like to manipulate specifications and terminology to produce figures that look impressive. When it comes to blocking thermal energy, the reflected or block infrared energy specifications are often generic or specified in a narrow band of IR frequencies. These inconsistencies make apples-to-apples comparison difficult. However, you can be confident that within a manufacturer’s range of products, unless explicitly specified, performance differences between shades and series will all be provided using consistent measurement techniques.

As a general approach, if keeping the interior of your vehicle comfortable is your primary concern, then look for a ceramic or clear film solution. These products are designed to help make your vehicle more comfortable and ease the load on its air conditioning system. As a by-product of their premium status, ceramic and clear films often carry a lifetime warranty against fading, discoloration (turning purple), bubbling, peeling or cracking. You may invest a little more money upfront, but you can be confident that the film will offer protection and comfort for many years.

For more information about premium window films and having some installed on your vehicle, contact your local mobile enhancement retailer.

In the harsh winter months, nothing is less appealing than climbing into a cold and uncomfortable vehicle. It doesn't have to be that way. Driven … END_OF_DOCUMENT_TOKEN_TO_BE_REPLACED 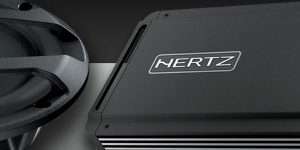 Upgrade your sound, enhance your driving experience and choose the longer drive home. Really, it’s that simple. How you enjoy your time in your car … END_OF_DOCUMENT_TOKEN_TO_BE_REPLACED 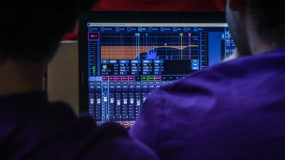 For well more than a decade, respectable mobile enhancement retailers around the world have understood the need for a digital signal processor to be included in any car audio system upgrade. Even if you’ve chosen the lowest-distortion speakers on the planet and your installer has agonized over … END_OF_DOCUMENT_TOKEN_TO_BE_REPLACED 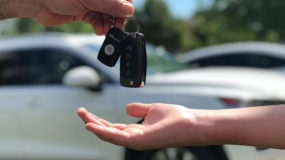