In a recent article, we discussed the features to look for when choosing a new source unit for your vehicle. In this article, we delve deeper into the source unit specifications manufacturers provide and explain what they mean, in hopes of helping you weed out a solution that performs the way you want. Charge up your calculators and pull a pen from your pocket protector: It’s numbers time! In the good old days of car audio, print magazines (remember those?) would publish product test reports that included both listening and bench test information. While at least one these publications still exists, the plethora of numerical information simply isn’t disseminated the way it used to be. That means shoppers have to rely on specifications printed by the manufacturer. In most cases, these numbers are accurate and serve as a good foundation for comparing certain performance characteristics of a product.

One thing that numbers can’t easily describe is the sound of a product. We can look at frequency response graphs and distortion specifications until we are blue in the face – that information does not describe what the distortion looks like or what causes it. That makes it crucially important to audition each component of your system before making a purchase. This is where your local specialist car audio retailer can help. Most have display boards and demo vehicles set up to let you experience different products and see their installation teams’ capabilities.

Almost every head unit on the market has a built-in four-channel amplifier. These amplifiers vary in power product capabilities between 14 and 55 watts of power. That said, among the most-popular and misleading specifications found on most head units are their power ratings.

When comparing specs, you want to look for ratings that use an industry standard like CEA-2006 (now called CTA-2006). This specification outlines the criteria for the power measurements. Any specification using this standard requires a power supply voltage of 14.4 volts, a load impedance of 4 ohms and no more than 1% total harmonic distortion in the output signal. Comparing max or peak power ratings is like buying a sports car based on the largest number on the speedometer or the speed rating of the tires. That information simply isn’t relevant.

Before we move on to the next subject, we should talk about how important deck power is. Let’s use an example of a speaker that is rated to produce 89 dB of output when driven with a 2.83 V signal, measured at a distance of 1 meter from the speaker. 2.83 V equates to 2 watts of power into a 4 ohm speaker. If we double the power to 4 watts, the output increases by 3 dB to 92 dB. Doubling power again takes us to 8 watts and 95 dB. Next, we get to 16 watts and 98 dB of output, then 32 watts and 101 dB. These numbers assume that the speaker is operating linearly and without any form of power compression (reduction in output due to heating effects). For most head units, the most undistorted output we are going to get from a single speaker is around 99 or 100 dB.

Because it takes logarithmically more power to increase output, small differences in amplifier power result in very small changes in perceived output. Let’s take for example the difference between a 14 watt and a 22 watt head unit. This increase in power represents an increase of less than 2 dB of output. Going from a 22 watt head unit to something that will produce 55 watts of power yields almost 4 dB more output.

Our point? Don’t nit-pick over one or two watts when comparing amplifiers of any kind. You probably can’t hear the difference. That said, if you aren’t going to buy a stand-alone amplifier for your system, you will want as much power as possible from the source unit. For true music lovers, one important measure of a source unit’s quality is its ability to reproduce your music without adding unwanted background noise. When you look at head unit specifications, this characteristic is called the signal-to-noise ratio and is expressed in decibels.

Here’s how the specification works. Let’s say you are playing a test tone at a level of 2 volts into a 4 ohm load. If a device has a signal-to-noise ratio of 80 dB, this means that the background noise (hiss) created by the unit is 80 dB quieter than the 2 V signal.

It is important to know how these measurements are performed. Using the CTA-2006 standard allows for easily comparable specifications. It is worth noting that many companies still rate the noise their products add relative to the maximum output level of the device. This means an amplifier rated to produce 10 watts of power and having an S/N ratio of 80 dB when referenced to full power, the real signal-to-noise ratio is 70 dB when referenced to 1 watt (2 volts into a 4 ohm load). Keep an eye out for this when comparing specifications. Interestingly enough, pre-amp output voltage is tied directly to the signal-to-noise ratio measurement of the source unit and the amplifier you choose for your system. Having extra output voltage means that you can turn down the sensitivity of your amplifier while still being able to produce maximum power for your speakers.

Let’s use a fictitious amplifier example – one that offers a signal to noise ratio of 90 dB when driven at an output of 1 watt with the sensitivity control set to produce maximum power with a 4 volt signal. That noise from each device accumulates as the audio signal passes from one component to another. Do you choose a source unit with a 90 dB S/N ratio rating that can only produce 2 V on the preamp outputs or one with a rating of 87 dB that can produce 4 volts? You probably have to turn the sensitivity control up on your amplifier with the latter choice, resulting in roughly the same net background noise. Audio systems are a sum of their parts. Over the past few years, the perceived quality of radio tuners in aftermarket source units has decreased. Tuners are not as big a focus as they used to be. The Pioneer SuperTuner IIID, Clarion Magi-Tune+, Sony’s SSIR-EXA and the old Blaupunkt radios from the 1980s offered excellent sensitivity and selectivity.

Let’s look at an example tuner with a Usable Sensitivity specification of 9.3 dBf.

This specification describes the weakest signal that the tuner can capture and lock on to. Weaker signals (lower numbers) will not be recognized as a radio station. For the best sensitivity (ability to lock onto a radio station), look for lower numbers.

To fully understand this specification, you need a second number to quantify the quality of the audio signal that is produced. In the case of this unit, that specification is 30 dB. This means that when the unit is locked onto a signal with a strength of 9.3 dBf, the background noise will be 30 dB quieter than the information.

To complicate the discussion as much as possible, it should be noted that most people will find a signal to noise ratio of 30 dB to be quite annoying. 50 dB is a better number. To achieve this noise ratio, this tuner requires a minimum signal strength of 10.2 dBf. Sadly, different manufacturers provide their specs using different quieting (background noise) levels, so trying to compare apples to apples can be frustrating.

How Important are Specifications?

The way your audio system is designed will determine the importance of the varying specifications. If you always use SiriusXM or Pandora, then tuner quality won’t be a significant issue. If you are running external amplifiers, then internal amplifier power doesn’t matter, but the preamp voltage does. No matter how you design your system, noise and distortion specifications do matter – keep that in mind when you go shopping.

When it’s time to upgrade your audio system, pack up your favorite music and head to your local car stereo specialist retailer. They can help you sift through the myriad of products available to find a solution that meets your feature and performance expectations.

In the harsh winter months, nothing is less appealing than climbing into a cold and uncomfortable vehicle. It doesn't have to be that way. Driven … END_OF_DOCUMENT_TOKEN_TO_BE_REPLACED 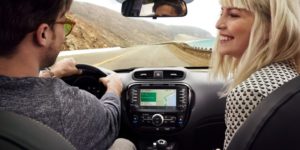 When it comes to audio and technology upgrades for your car, truck or SUV, Driven Sound and Security in Marquette offers the best solutions in … END_OF_DOCUMENT_TOKEN_TO_BE_REPLACED 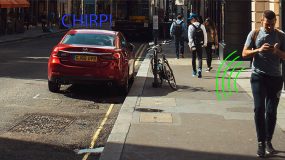 Using a smartphone app to control your remote start or car alarm system is nothing new. Technologies like Drone from Firstech have been around for several years. As with any technology, manufacturers are always working on new features that improve existing platforms’ usefulness or are developing … END_OF_DOCUMENT_TOKEN_TO_BE_REPLACED 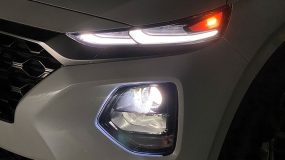